How to perform stress test for Raspberry Pi on Ubuntu

Some time ago, I wondered how to perform a stress test on my Raspberry Pi and see stats in real-time on the graphs. Most popular results in Google contained bash script with plain text output. Some of the scripts did not work because of a missed package for Raspberry. Thankfully for my friend, I found a tool named s-tui.

This blog post describes how easily perform a stress test on Raspberry Pi 4 with s-tui. By default, it works as a monitor. To run a stress test in s-tui, we need to install the stress package. In that case, it will show us graphs with CPU load and CPU temperature under the stress test.

After everything installed, run the tool from the terminal:

As I mentioned above, s-tui will display current CPU load and CPU temperature, and it will look something like this: 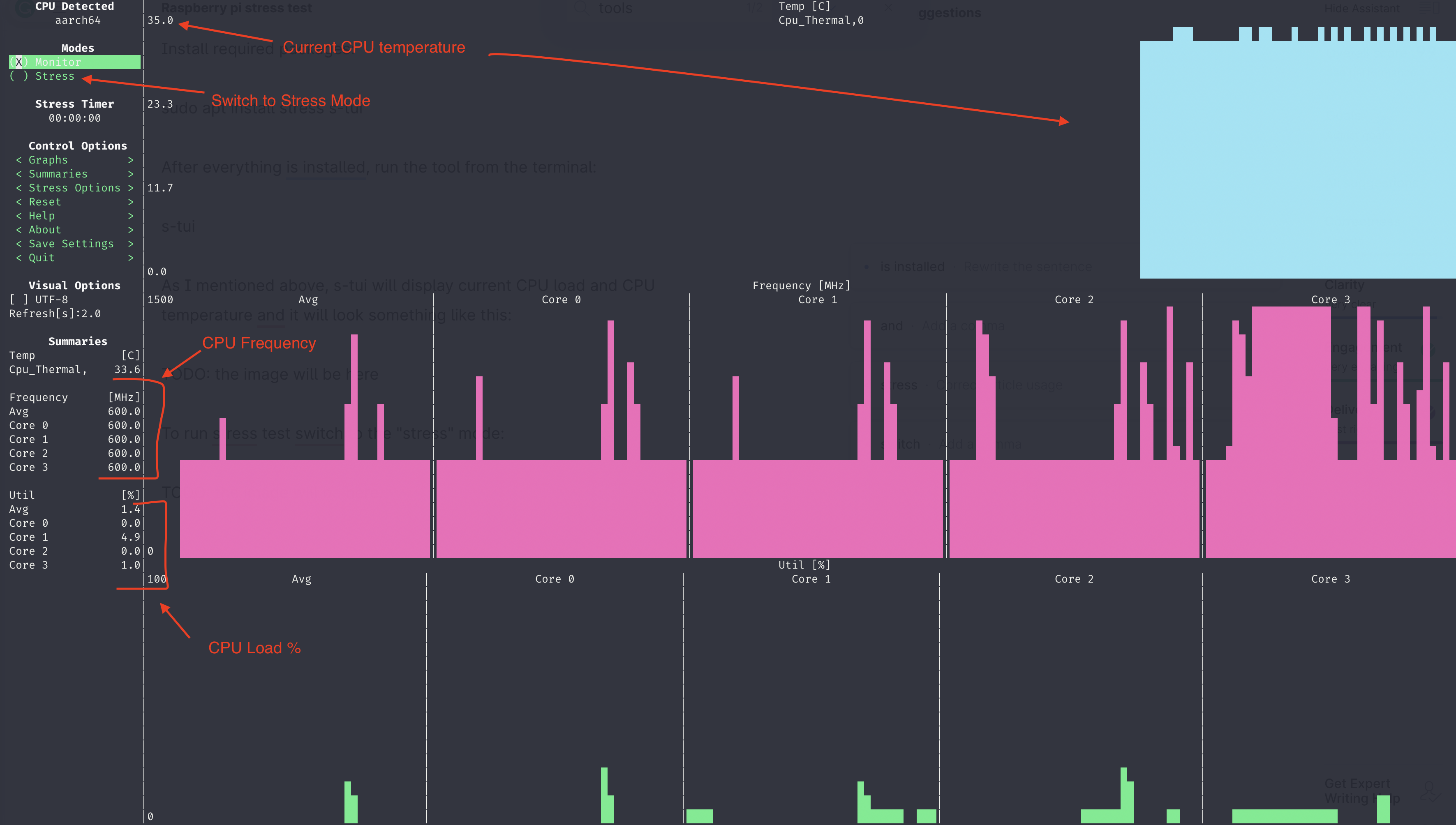 To run the stress test, switch to the stress mode (see the image above). Additional settings for stress testing located on the left panel. For example, we can specify the number of workers and time out for testing there. 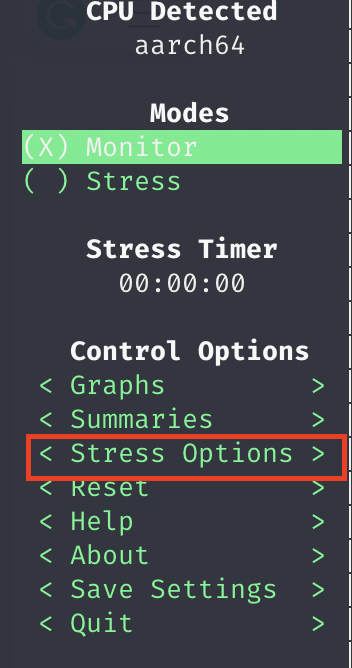 By the way, s-tui helped me realize that my current Raspberry Pi metal case is awful for removing heat. The temperature reached 82 ℃. After replacing my case with ICE Tower, the max temperature was 43-44 ℃ under the stress test. Now Raspberry Pi looks into the following way: 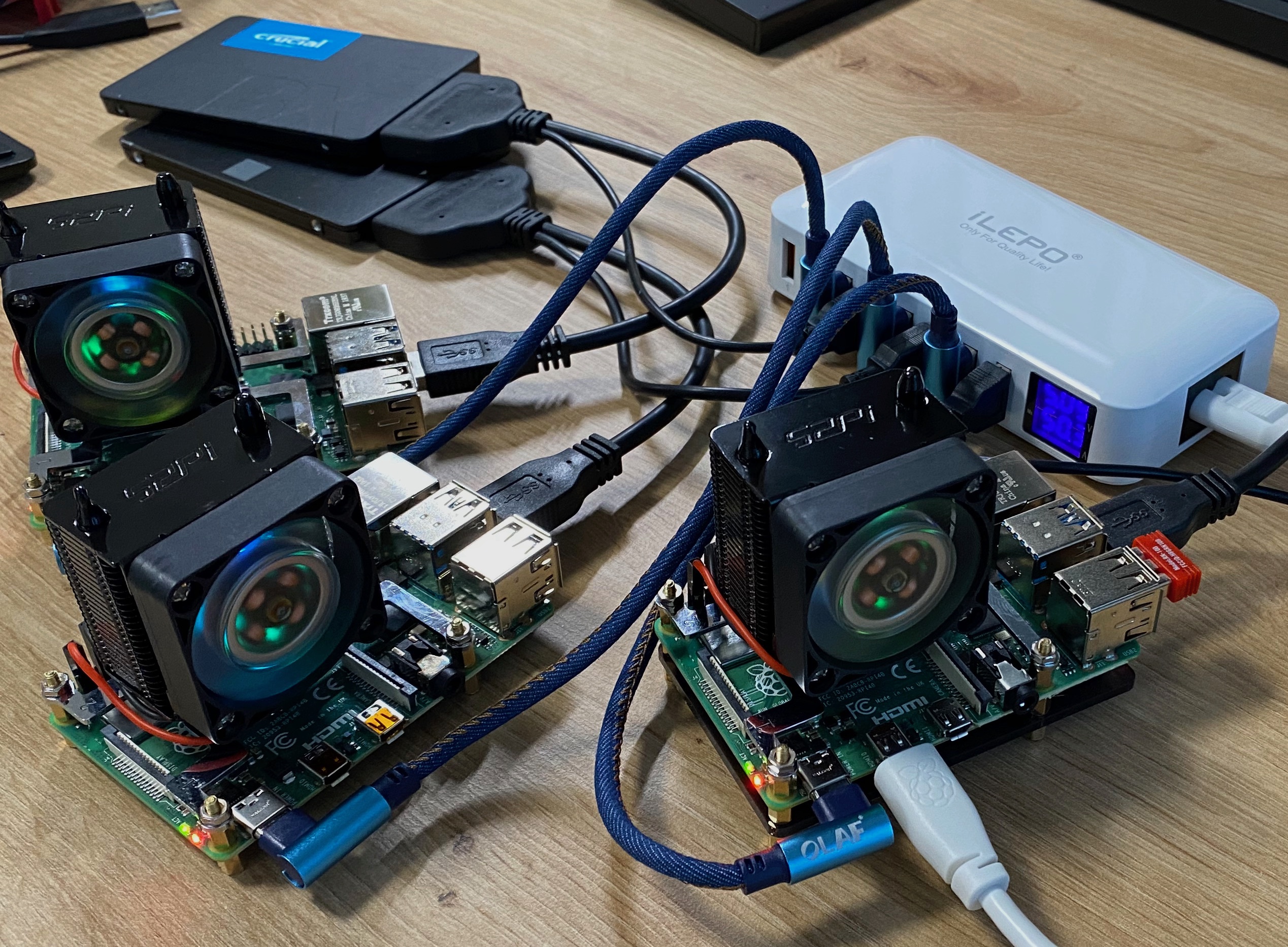